Our story starts when Suzanne and Holly met in a Michigan grade school. Best friends throughout their school days they parted ways after graduation to pursue college and careers. Remaining close through the years, having daughters within a week of each other, who are like cousins, Suzanne and Holly ended up on opposite coasts. The four planned summertime trips together somewhere in the middle and as the two daughters grew up, the moms decided they wanted to be together once their girls went off to college. Suzanne, always having the dream of opening a Bed & Breakfast near the water, decided it would be economically easier to accomplish her dream in North Carolina where Holly lived rather than Oregon where she had spent the last 35 years.

Finding life partners in each other in 2010, Jeff and Suzanne soon realized their mutual passion for following their dreams and enjoying life’s adventures. That brought light to a common interest of entertaining and opening a Bed & Breakfast. Jeff wanted to get back near the water with a favorable climate and Suzanne wanted to entertain, cook, and be close to her friend.  With the two daughters approaching college, Suzanne and Jeff decided to look for property in North Carolina during a 2016 visit to see Holly, who was living in Raleigh at the time. The first home they toured was the perfect fit. They fell in love with the small town of Southport and the grand residence overlooking the water.

The Inn opened its doors just weeks after Hurricane Florence in 2018, with contractors as the first guests.  Besides running the Inn, Suzanne and Jeff became involved with their new community giving back through fundraising, celebrations and events.

Suzanne, a retired Realtor of over 25 years is a natural at welcoming others and entertaining, and has always had a passion for cooking. She even published a cookbook, Bountiful Blessings, and most recently published a cookbook for the Inn called, The Flavors of LaPolena. You can buy it on this site on the Purchase page, or ask Suzy for a copy.

You may not see her every day, but Holly is pivotal to LaPolena’s success. She graduated with her Masters in Social Work and has been helping people make positive changes in their lives for 25 years. Holly enjoys volunteering at the animal shelter, machine embroidering, reading, sewing (she made the window valances here at LaPolena), and visiting the beach. She too has moved to Southport and now calls it her home.

In April 2021 we said goodbye to Jeff after his courageous battle with cancer over a period of 18 months. Suzy continues to run the Inn, as it was her dream and Jeff wanted her to keep doing what she loves.

We look forward to hearing your story….

Here is a quick video featuring Suzanne being interviewed: 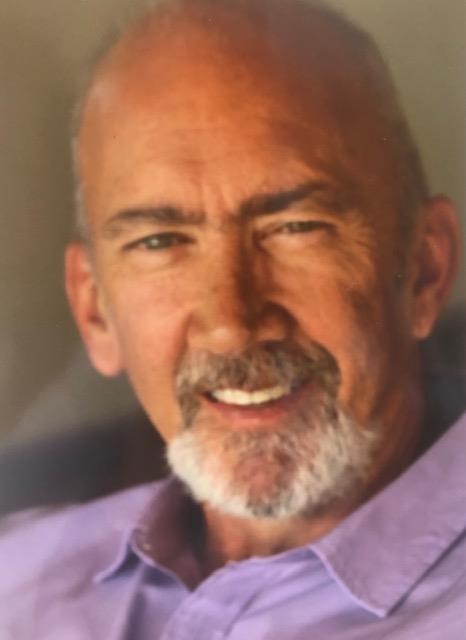 Mr. Ellis was born February 7, 1956 in McAllen, TX to the late Jean von Dohrmann and Harry Ellis. He moved to Portland, OR in 1988 and attended Portland Community College where he studied to be a Certified Hazardous Materials Manager for Sulzer Inc. After 30 years Jeff retired from Sulzer and relocated to Southport, North Carolina where he opened LaPolena Bed & Breakfast in 2018. Jeff was also the Shipping & Receiving Supervisor at Bald Head Island Ltd LLC for the Warehouse and Barge operations.

He met the love of his life, Suzanne Foster in 2010, created a union in 2012 and combined their families. Jeff is survived by his wife, Suzanne, his daughter, Kara Makris of Pensacola, FL, son, Jack Ellis of Portland, OR, a step son, PO2 Madison Huss of Whidbey Island, WA, a step daughter, Myzanne Huss of Arcata, CA and two grandchildren, Braden and Kaela Makris. Jeff is also survived by a brother, Bradley Ellis of Cross Plains, TX, a sister, Susan (Paul) Skvorc of Wasilla, AK, and two step sisters, Becky (Barry) Darden of Spring Hill, FL, and Vicki (Jim) Mains of Houston, TX.

Jeff served his country and was a proud Navy veteran. He also loved adventure and living life to the fullest! He was an avid boater who was happiest piloting for Nautical Hosting, LLC along the Cape Fear River and ICW. Jeff was an active member of America’s Boating Club. In Portland, he had two boats and displayed his Bayliner along the waterways in the Christmas Ship Parade. In Southport, he displayed his Carver for the 2020 Flotilla. Jeff’s volunteer work included being a First Responder which he once selflessly rushed to help a baby in an overturned car and had his legs ran over by another vehicle. The baby was pulled from the SUV and Jeff handed him to his mother with a smile and hugged them both. Adopt A Highway was another passion. In Portland he led the group for Sulzer and after moving to Southport, he adopted a section of Hwy 133 in the name of LaPolena B&B. Jeff had recently pursued flying and was in the process of getting his pilots license when he became ill. Above all, Jeff was a biker. He proudly rode all 125,000 miles on this Harley soft tail and also had a Road Glide named “Geezer.” When he and Suzanne moved to Southport, they enjoyed six weeks on the road riding their Harleys to the tune of 8,000 miles.

Jeff’s sobriety was an active part of his life. Celebrating his sobriety birthday was more important than his “belly button birthday.” Jeff celebrated 34 sober birthdays. He continued to attend meetings weekly saying, “if us old timers don’t go, how will the newly sober know the program works?”

A Celebration of Life will be held in Southport, NC at LaPolena B&B on Saturday, June 12th at 4:30pm

All veterans are encouraged to wear their service covers. All bikers will be welcomed to park in front of the Inn.

A Memorial Ride will be on Sunday, June 13th beginning at LaPolena B&B. Kickstands up at 9:00 am.

Online condolences may be made at www.peacocknewnamwhite.com.

A Celebration of Life will be held in Lake Oswego, OR at Foothills Park at the Pavilion on Friday, July 16th at 1:00pm

A Memorial Ride will be on Saturday, July 17th beginning from Paradise Harley in Beaverton. Kickstands up at 9:00 am.